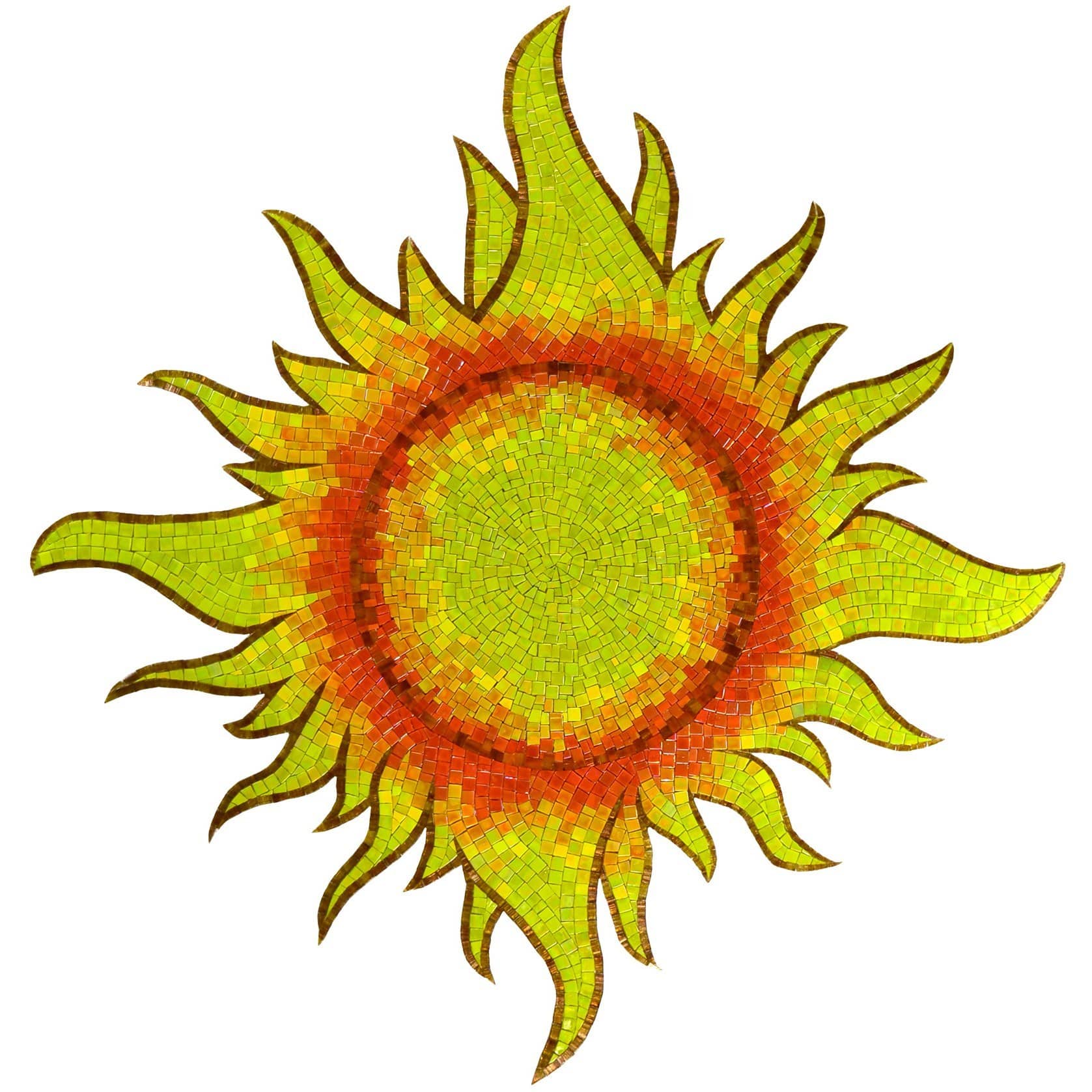 The Classic Medallion Styling of Sun and Moon Mosaics

Maybe you have never considered it before, but do you know why the sun and moon designs are so popular and powerful? It is because these symbols are universal. You can find these designs all over the world, from Africa to Europe, Asia to the Americas. These designs are loved by young and old alike and are easily recognizable by everyone. After all, we all look up and see the same sun and the same moon, right? That’s why there are such popular sun and moon mosaics and why Blue Water Pool Mosaics carries such a variety to choose from. 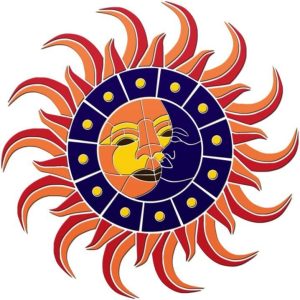 Though the sun and the moon aren’t exactly opposites, we do think of them sometimes that way. Many artists depict their designs to symbolize a resolution of conflict. Some even think these may have been a fanciful rendering of a lunar eclipse.

The sun brings visions of sunny days, warmth, and light. The moon conjures up thoughts of mystery, darkness, and coolness. The sun seems large. The moon seems small.  Opposites.   We think that the sun symbolizes firmness, strength, and power, while we consider the moon as calm, nurturing, and beautiful. Together, they are depicted in a way to show that day and night, light and dark can exist harmoniously.

Long before Google Maps and GPS, mariners navigated by using the moon, the sun, and the stars. After sailors finally got brave enough to get beyond a point where they could see land, they used the sun to determine direction.  After dark, they would watch the constellations to find their way home. As these travelers became more familiar with the skies above, they were able to perform celestial navigation, using sights or measurements taken typically between the sun, the moon, or a star and the visible horizon.

Some religions or cultures believe that these symbols describe rebirth or a new awakening.  They believe that the sun and the moon foster creativity and peaceful dreams. Perhaps that’s why so many artists and creatives use these images in their work. The sun heralds a new day.  The moon has a new cycle each month. It is easy to see why artistic renditions are usually joyous and bright.

Artists, writers, scientists, and others have felt a fascination with these two astronomical spheres. Science has scoped, measured, calculated, and photographed to illustrate the power that the sun and the moon have. They have studied how high and low tides are caused by the moon’s gravitational pull. The lunar force causes the earth and its water to bulge out, causing tides. Astronomers have calculated that the Sun is about 4,500 million years old and has a life expectancy of at least another 5 million years before it burns out.

For centuries, artists, poets, and others have conjured up their own interpretation of the sun and the moon.  Not only have the sun and moon been depicted in works of art, but they have also been written about, songs were recorded about them, and movies have been named after them.

Vincent van Gogh’s “The Starry Night” may be one of the most famous works of art that demonstrated  his interpretation of the night sky,

The Beatles had a couple of hits with “Here Comes the Sun” and “I’ll Follow the Sun,” while dating back to the Ziegfeld Follies, folks were singing about “Shine On, Harvest Moon.”

Book and Movie titles are numerous including such choices as “Paper Moon,” “A Raisin in the Sun”, and “Goodnight Moon.”  And Emily Dickinson wrote beautiful poetry in “The Sun and Moon Must Make Their Haste.”

We are all familiar with faces on both sun and moon motifs.  Some of our favorites are brightly colored designs that look tropical and happy such as Sun Moon, a brightly colored ceramic sun and moon mosaic piece. In this piece, the artist has designed a moon and sun face together, creating a rendition of an eclipse, in shades of blues and golds.

Celestial Sun has a beautiful sun motif if you only want sunshine!  What is your favorite depiction of these heavenly spheres?  If you would like to brighten your pool or patio with a beautiful sun and/or moon medallion, Blue Water Pool Mosaics has just what you are looking for!  Check out our selection today.

Read More
0
Your Cart
Your cart is empty